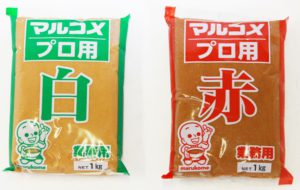 Marukome has been established since 1854 and is a leading producer of fermented foods in Japan.

Miso paste is fermented soybean paste. The strength of the taste depends on the fermentation period and/or the percentage of soybean used.

White miso paste also known as Shiromiso in Japanese (Green packet) – The colour is lighter and has a sweeter taste compared to the red miso. In addition to soups, it can also be used in the creation of light sauces and condiments

Red miso paste also known as Akamiso in Japanese(Red Packet) – Red miso is given a longer fermentation period thus, giving it a deeper red colour. It is a much stronger-tasting miso providing a heartier soup base, marinade, glaze or sauce. 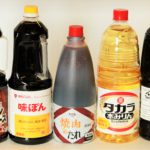 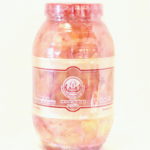 Leng Heng is a Thai producer of preserved vegetables and fruits under the brand "Twin Tusk Leng Heng" Pickled Ginger is generally served with sushi or sashimi and eaten between different kinds of sushi. However, it is also suitable in other dishes such as salads and sandwiches. Also available in 220g jars Brand name: Twin More Info »
Price: R0.00
2016-05-19T9:17 by Michael